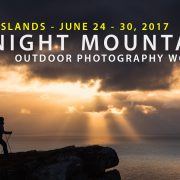 I may schedule one or two more workshops, but overall, I will keep my schedule in 2017 a little more open as I had more private bookings on Lofoten in 2016 than expected, so I was quite busy at times!

I am also trying to make sure I have enough time to research, hike, and photograph my new ebooks and hiking guides, of which I have several going consecutively, and some of which will be multi year projects…

Want to join the discussion?
Feel free to contribute!